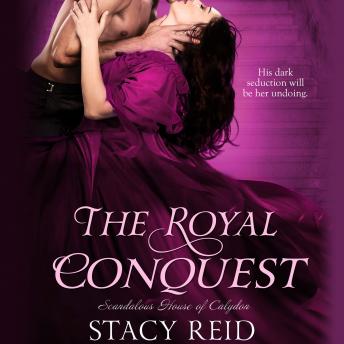 His dark seduction will be her undoing….After being cruelly jilted by a lord who claimed to adore her, Miss Payton Peppiwell swore her future husband would be as ordinary as she. Now if only her family would listen to her. Then she meets Mikhail Konstantinovich, an untitled horse breeder, in a highly improper and scandalous encounter. Never had Payton expected to be so attracted to the dark, intriguing man, who seduces her to recklessness with a mere stare.Mikhail abhors anything to do with intimacy. Yet Miss Peppiwell stirs hunger and a need long forgotten in him. But Mikhail has a dark past—one that means his lust must be sated in a way entirely unsuitable for a lady. But his biggest secret will be the hardest for Payton to overcome: Mikhail is not only titled, he’s a prince….