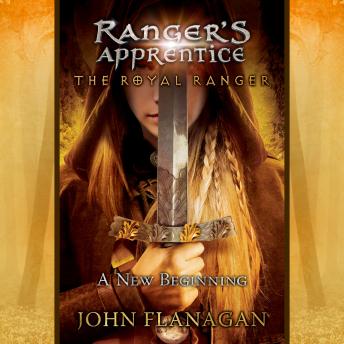 The Royal Ranger: A New Beginning

The story that brings the Ranger's Apprentice arc full-circle!

Will Treaty has come a long way from the small boy with dreams of knighthood. Life had other plans for him, and as an apprentice Ranger under Halt, he grew into a legend—the finest Ranger the kingdom has ever known. Yet Will is facing a tragic battle that has left him grim and alone. To add to his problems, the time has come to take on an apprentice of his own, and it’s the last person he ever would have expected. Fighting his personal demons, Will has to win the trust and respect of his difficult new companion—a task that at times seems almost impossible.

John Flanagan returns for one final bow to the series that has conquered millions of readers worldwide with this pulse-pounding adventure that brings one era to a close, and ushers in the next . . .

“The last few years have seen the publication of many fantasies, but few have the appeal of this original story.” —Booklist, starred review, on The Ruins of Gorlan

“Fans of the series will eagerly devour this one and wait impatiently for the next . . . A sure bet for fantasy fans.” —School Library Journal

“Flanagan's deft character portrayals and well-paced story will engage readers, and the ending will leave them clamoring for the next volume.” —Booklist, on The Icebound Land