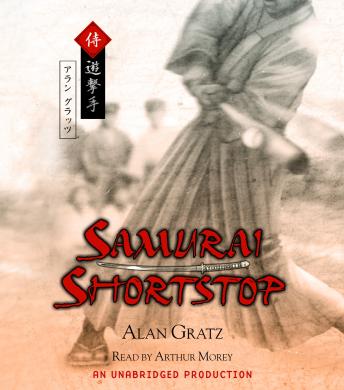 Tokyo, 1890. High school can be brutal, even in turn-of-the-century Japan.

From his first day at boarding school, Toyo Shimada sees how upperclassmen make a sport out of terrorizing the first-years. Still, he’s taken aback when the seniors keep him from trying out for the baseball team–especially after he sees their current shortstop. Toyo isn’t afraid to prove himself; He’s more troubled by his uncle’s recent suicide. Although Uncle Koji’s defiant death was supposedly heroic, it has made Toyo question many things about his family’s samurai background. And worse, Toyo fears that his father may be next.

It all has something to do with –the way of the warrior–but Toyo doesn’t understand even after his father agrees to teach it to him. As the gulf between them grows wider, Toyo searches desperately for a way to prove there is a place for his family’s samurai values in modern Japan. Baseball might just be the answer, but will his father ever accept a “Western” game that stands for everything he despises?

This title is due for release on November 14, 2006
We'll send you an email as soon as it is available!