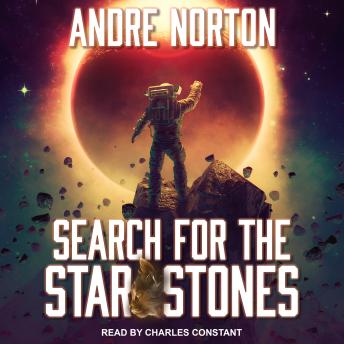 Search for the Star Stones

Murdoc Jern's father, an interstellar gem trader, was murdered by outlaw competitors and left behind an odd ring, large enough to fit over the finger of a space suit. With his companion Eet, a strange feline mutant with phenomenal mental powers, he soon discovered that the stone in the ring was actually a Zero Stone-an alien device left behind by an ancient vanished race-and it was the key to powers beyond human imagination.

Murdoc and Eet had to solve the secret of the Zero Stone, and very quickly, because very greedy and dangerous people wanted that ring, and wouldn't hesitate at a second murder to obtain it.