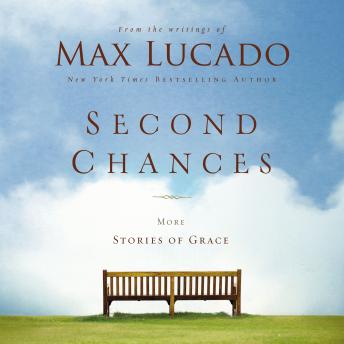 We humans are prone to failure. We’re experts at muddying, mixing, and messing up our lives. Who among us hasn’t looked up from the bottom of a pit and realized he dug it himself? Who hasn’t fallen so far, messed up so badly that she thought there was no hope? And it’s at these low points that we crave reminders that there’s hope for the broken.

No reminder is quite as poignant as a story of second chances. A story of grace in action. Who couldn’t use more stories of grace like this?

Second Chances is an ideal companion to GRACE: More Than We Deserve, Greater Than We Imagine. Filled with biblical, contemporary, and imaginative accounts of God’s grace in action pulled from Max’s previously published works, Second Chances includes tales of second chances for the rebellious, prideful, failure-prone, and more. From Peter to King David to a prodigal daughter, these stories will remind listeners of the magnitude of the gospel of second chances.