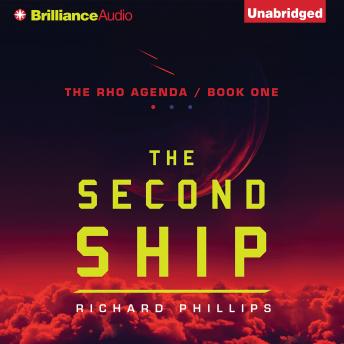 #1 of The Rho Agenda

In 1948, an alien starship fell from the New Mexico sky—and immediately vanished behind the walls of the Los Alamos Laboratory. Since that day the US military has endeavored to reverse engineer the ship’s alien technology through top-secret research known only as the Rho Project. Now, decades after the crash, the government is prepared tell all.

Or so it claims…

For there is a second ship, hidden for all these years, just out of the military’s reach. And when a trio of students discovers it buried deep inside a remote canyon, they are changed forever. With a single touch, the technology the government has spent billions trying to unlock is uploaded into the minds of three teenagers—teenagers who now know the frightening truth about the Rho Project. When the NSA black-ops team of Jack “The Ripper” Gregory and Janet Price come calling, they are thrust into a violent world of secrets and corruption, becoming reluctant soldiers in a war destined to alter what it means to be human.

MacLeod Andrews sells this book. His narrations are outstanding. The content is also great. It is a compelling story of the potential we all have within us.

Good combination of sci-fi and adventure. I definitely want to read the second book in the series.