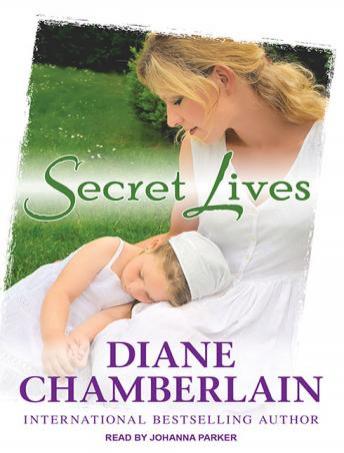 Actress Eden Riley's decision to make a film about her mother plunges her into a shattering confrontation with her own past, irrevocably altering her life and the lives of those she loves. Her mother, Katherine Swift, was a renowned children's author who died when Eden was very young. Now Eden, recovering from a divorce and disillusioned with her glamorous life, returns to the childhood home of the mother she barely knew. She moves in with her uncle, archaeologist Kyle Swift, and his wife, Louise.

Eden gets more than she bargained for when Kyle gives her the journal her mother had kept from the age of thirteen until her death. Eden is spellbound by the powerfully written, intimate diary that chronicles a life of hardship, madness, and tragedy. But her fascination turns to horror when she discovers the shocking truth about her mother's life.

Eden turns for comfort to Ben Alexander, Kyle's colleague, not knowing that Ben has a secret of his own that could ruin Eden and her career. Now Eden must make a heartbreaking decision as she struggles to lay the ghosts of the past to rest and come to terms with her own future.

Shifting gracefully between Eden's world and Katherine's, Secret Lives seduces with the power of its images and the lyricism of its prose.

This title is due for release on June 17, 2013
We'll send you an email as soon as it is available!