Secrets in the Cellar: The True Story of the Austrian Incest Case That Shocked the World 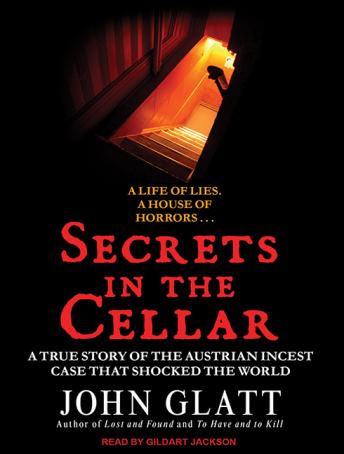 Josef Fritzl was a 73-year-old retired engineer in Austria. He seemed to be living a normal life with his wife, Rosemarie, and their family-though one daughter, Elisabeth, had decades earlier been 'lost' to a religious cult. Throughout the years, three of Elisabeth's children mysteriously appeared on the Fritzls' doorstep; Josef and Rosemarie raised them as their own. But only Josef knew the truth about Elisabeth's disappearance . . .

For twenty-seven years, Josef had imprisoned and molested Elisabeth in his man-made basement dungeon, complete with soundproof paneling and code-protected electric locks. There, she would eventually give birth to a total of seven of Josef's children. One died in infancy-and the other three were raised alongside Elisabeth, never to see the light of day.

Then, in 2008, one of Elisabeth's children became seriously ill and was taken to the hospital. It was the first time the nineteen-year-old girl had ever gone outside-and soon, the truth about her background, her family's captivity, and Josef's unspeakable crimes would come to light.

Secrets in the Cellar: The True Story of the Austrian Incest Case That Shocked the World

This title is due for release on July 8, 2013
We'll send you an email as soon as it is available!