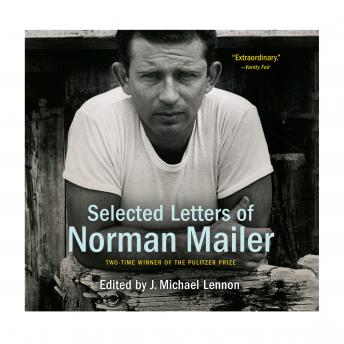 Over the course of a nearly sixty-year career, Norman Mailer wrote more than 40 novels, essay collections, and nonfiction books. Yet nowhere was he more prolific-or more exposed-than in his letters. All told, Mailer crafted more than 45,000 pieces of correspondence. Now the best of these are published here in one remarkable volume that spans seven decades and, it seems, several lifetimes. Compiled by Mailer's authorized biographer, J. Michael Lennon, and organized by decade, Selected Letters of Norman Mailer features the most fascinating of Mailer's missives from 1940 to 2007-letters to his family and friends, to fans and fellow writers, including Truman Capote and James Baldwin, to political figures from Henry Kissinger to Bill and Hillary Clinton, and to such cultural icons as John Lennon, Marlon Brando, and even Monica Lewinsky. Together these letters form a stunning autobiographical portrait of one of the most original, provocative, and outspoken public intellectuals of the twentieth century.

"Umpteen pleasures to pluck out and roll between your teeth, like seeds from a pomegranate." -The New York Times

"Indispensable...a subtle document of an unsubtle man's wit and erudition, even (or especially) when it's wielded as a weapon." -New York

This title is due for release on December 20, 2016
We'll send you an email as soon as it is available!