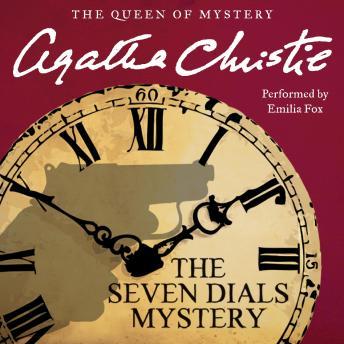 Gerry Wade had proved himself to be a champion sleeper, so the other houseguests decided to play a practical joke on him. Eight alarm clocks were set to go off, one after the other, starting at 6:30 a.m. But when morning arrived, one clock was missing and the prank then backfired, with tragic consequences.

For Jimmy Thesiger in particular, the words 'Seven Dials' were to take on a new and chilling significance. . . .

This title is due for release on July 3, 2012
We'll send you an email as soon as it is available!