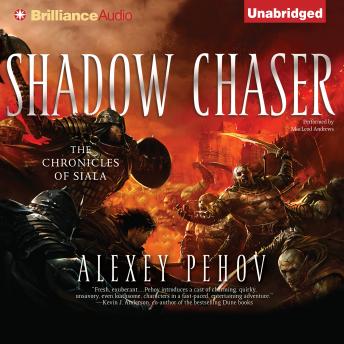 Saddened because they have left one of their number in a grave in the wilderness, Harold and his band of outcasts continue their journey toward the dreaded underground palace of Hrad Spein. But before they can reach their goal, they must overcome all manner of obstacles, fight many battles...and evade the frightful enemies on their trail.

Once they have breached Hrad Spein, a task entire armies of warriors and wizards have failed to achieve, Harold must venture, alone, into the secret heart of the most dangerous place in his world. There he will fight legions of untold mysterious powers before he can complete the quest for the magic horn that will save his beloved land from The Nameless One.

Gripping and haunting, fascinating and imaginative, Shadow Chaser is a novel of intricate plots, surprising twists, and finely drawn characters that will not leave you when the book is put down.

This title is due for release on April 12, 2011
We'll send you an email as soon as it is available!