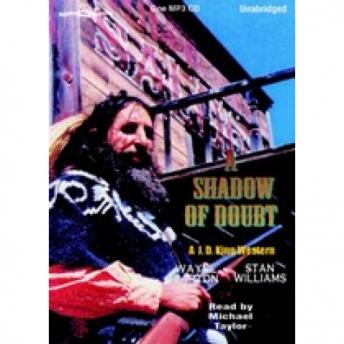 Texas Ranger, J. D. King feels like he's been rode hard and put away wet. After a shotgun blast took his half-brother, C. D. Hollis, King had nearly lost an arm seeing to the killer. Now, he's heading home for Christmas in Waxahachie, and a hard reunion with Hollis' family. Edwin Spivey has plans for Christmas, and for King too. Some time back, Sheriff Hollis and Tom Trueblood put him in prison. Now, he's broken out to make them all pay, including their kin. They say Spivey is insane, but he knows better. That's why he's written everything down in his journals, clear and straight for all to see. As King tries to hold together a shattered family he knows someone is stalking his every move. Not even the Ranger's trusty Colt can stop an invisible killer...

This title is due for release on December 7, 2018
We'll send you an email as soon as it is available!