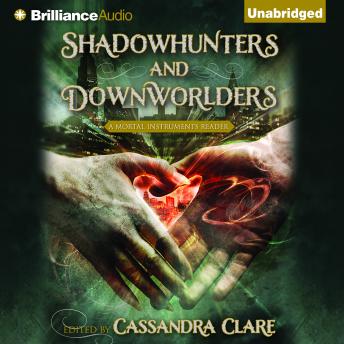 Inside you'll listen to:

-A cinematic tutorial on why the best friend (Simon) always loses out to the bad boy (Jace)
-The benefits (no, really!) of incest...at least in literature
-What we can read between the lines of Alec and Magnus’ European vacation
-The importance of friendship, art, humor, and rebellion

And more, from the virtues of Downworlders to the naughty side of Shadowhunting. Number-one New York Times best-selling author Cassandra Clare created the Mortal Instruments in 2004 with City of Bones (Simon & Schuster, 2007). Since then, the series has grown to five books, with a sixth due in 2014, and been joined by two spinoff trilogies and an upcoming film starring Jamie Campbell Power and Lily Collins.

This title is due for release on January 29, 2013
We'll send you an email as soon as it is available!