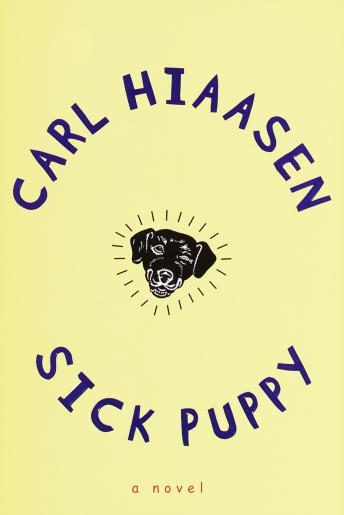 When Palmer Stoat notices the black pickup truck following him on the highway, he fears his precious Range Rover is about to be carjacked. But Twilly Spree, the man tailing Stoat, has vengeance, not sport-utility vehicles, on his mind. Idealistic, independently wealthy and pathologically short-tempered, Twilly has dedicated himself to saving Florida's wilderness from runaway destruction. He favors unambiguous political statements -- such as torching Jet-Skis or blowing up banks -- that leave his human targets shaken but re-educated.

After watching Stoat blithely dump a trail of fast-food litter out the window, Twilly decides to teach him a lesson. Thus, Stoat's prized Range Rover becomes home to a horde of hungry dung beetles. Which could have been the end to it had Twilly not discovered that Stoat is one of Florida's cockiest and most powerful political fixers, whose latest project is the 'malling' of a pristine Gulf Coast island. Now the real Hiaasen-variety fun begins . . .

Dognapping eco-terrorists, bogus big-time hunters, a Republicans-only hooker, an infamous ex-governor who's gone back to nature, thousands of singing toads and a Labrador retriever greater than the sum of his Labrador parts -- these are only some of the denizens of Carl Hiaasen's outrageously funny new novel.

Brilliantly twisted entertainment wrapped around a powerful ecological plea, Sick Puppy gleefully lives up to its title and gives us Hiaasen at his riotous and muckraking best.