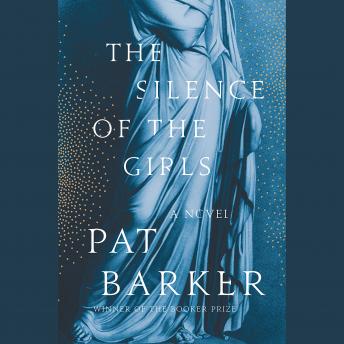 The Silence of the Girls: A Novel

A Washington Post Notable Book
One of the Best Books of the Year: NPR, The Economist, Financial Times

Here is the story of the Iliad as we’ve never heard it before: in the words of Briseis, Trojan queen and captive of Achilles. Given only a few words in Homer’s epic and largely erased by history, she is nonetheless a pivotal figure in the Trojan War. In these pages she comes fully to life: wry, watchful, forging connections among her fellow female prisoners even as she is caught between Greece’s two most powerful warriors. Her story pulls back the veil on the thousands of women who lived behind the scenes of the Greek army camp—concubines, nurses, prostitutes, the women who lay out the dead—as gods and mortals spar, and as a legendary war hurtles toward its inevitable conclusion. Brilliantly written, filled with moments of terror and beauty, The Silence of the Girls gives voice to an extraordinary woman—and makes an ancient story new again.

Silence of the Girls: A Novel