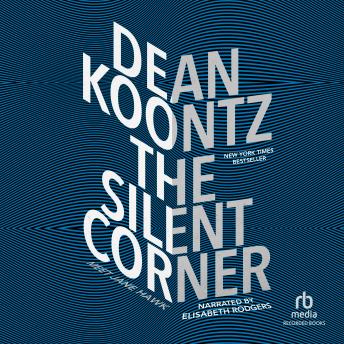 A dazzling new series debuts with a remarkable heroine certain to become a new icon of suspense, propelled by the singular narrative genius of #1 New York Times bestselling author Dean Koontz. 'I very much need to be dead.' These are the chilling words left behind by a man who had everything to live for-but took his own life. In the void that remains stands his widow, Jane, surrounded by questions destined to go unanswered . . . unless she does what all the grief, fear, confusion, and fury inside of her demand: find the truth, no matter what. There is no one else to speak for Jane's husband-or the others who have followed him into death at their own hands. Although people of talent and accomplishment, people admired and happy and sound of mind, have recently been committing suicide in surprising numbers, no one else is willing to give up everything, just to seek, to find, to know. No one except Jane. But ahead lies only risk. Because those arrayed against her are legion . . . and dangerously devoted to protecting something profoundly important-or terrifying-enough to exterminate any and all in their way. Too many have already died, and those responsible will learn that all their malevolent power may not be enough to stop a woman as clever as they are cold-blooded, as relentless as they are ruthless-and who is driven by a righteous rage they can never comprehend. Because it is born of love.

Can't wait for the next installment!

The book was as I expected from Mr. Koontz. It kept me interested from start to finish. He always has a way to keep the reader involved and rooting for the good guy. Can’t wait for the next installment.

The slowest "thriller". Struggled to finish. I expect more from Koontz and he usually delivers.

Started off a little slow, and narration at first bugged me. It gradually picked up speed and the narrator didn't seem so stiff as she did at first. I am looking forward to listening to the next one.

frustratingly slow, took 2/3rds of the book to get interesting

A very well written and told story of how corrupt some have become. These shadowy figures are willing to do ANYTHING to get things their way. Once upon a time I could not believe such people exist, unfortunately, I can believe it now. Great heroine, lots of action, but thank goodness, there are still good people who put their lives on the line to fight for what is right. Looking forward to the next book. Narrator did an outstanding job.

Don’t waste your time with this one. The storyline, while kind of original has too many illogical scenarios playout in favour of the hero. I didn’t love being constantly reminded I was listening to a piece of fiction. The narrator utterly failed at all the male voices, which at first was amusing but quickly turned annoying.

I really enjoyed this one. It twisted my gut and my mind. Great storytelling, good transitions. Worth the listen, I was pretty upset until I realized there were more books!

Having read more than half of DK’s impressive catalog—I think this is his best! Looking forward to #2

This book was too long and slow. Good story but it dragged in the telling. This is the first of a 3 book series and I won’t be reading the rest.

The idea, the plot behind this title really scared me. I am looking forward to the next title and to Jane.

I was always looking forward to the next book in this series. And always sad to come to the end of each book since I was ready for MORE.

NEXT!!! Can’t wait for the next book!! Enjoyed this book a lot!!

I didn’t finish the book. Not the Dean Koontz I’ve come to know and love.

Good listen and introduction of characters/plot in this series. Made the commute much better!

ok read. not sure 8f ill keep 9n with the series.

Great and well thought out storyline!

this was a good listen. great plot. narrator did a great job.

great story looking forward to the next book

Love this.. keeps out waiting on the edge of your seat! Hope there is more to come as in a series!

Fantastic. Full of suspense and anticipation.

Great listen, good plot. Narration was lively not bland. Looking forward to more of the series.

I really quite enjoyed this book. I am about to see what the series has for me. A great narration & a good solid plot. A bit of a pay turner, which is a good sign

Interesting storyline but it dragged a bit. Narrator was generally monotone but made male characters sound like cartoon characters.

after finishing this book, it makes me want to know more about how it is going to end.

it was slow but it was a good book..loved the second one too.

A little slow in the beginning but after that I couldn't stop listening. The narration improved as well. Can't wait to listen to the next book.

Enjoyable. On to the second in the series now...

Just a bit too long

I've enjoyed Dean Koontz stories for a long time. the suspense and mental pictures have always been good listening. This narrator - not so much. Bleah! Sorry ick!

Enjoyed the story and excited it’s not over. On to the second book in the series.

I liked the book. Held my interest. Gripping concept, scary! I have read Koontz before years ago and went into this without expectations. Typically stick to S. King. Just liked the sound of this book though. I appreciate narrator's voice but struggled initially. Once the protagonist evoked, I began to really enjoy the voice and character. Really like the opening of book 2!! Would recommend to those who like a scary concept wrapped in some sense of "wow could that really happen?" I mean, all the proposed science makes it seem too possible!! Anyway, very much enjoying the characters and story line. Looking forward to the other books!

Good Read although not as good as other DK books. Narrator not my favorite, but then I must admit,my first 8 audible books were narrated by Davina Porter who is a very hard act to follow.

This is an addictive book series that has you on the edge of your seat waiting to see what the heroine Jane is up to next.

Great book. Excited to listen to the next installment

Slow to start but got very exciting! Great book that I wanted to keep listening too. However, there is a long pause between chapters.

Engaging story and likable characters. Like all Koontz books, a bit disturbing, but this one does hit pretty close to home as events closely resemble reality. I think I prefer the more supernatural bent he had in years past, as this is a bit too real!

Good story I wasn't that keen on the narrators caricatures voices