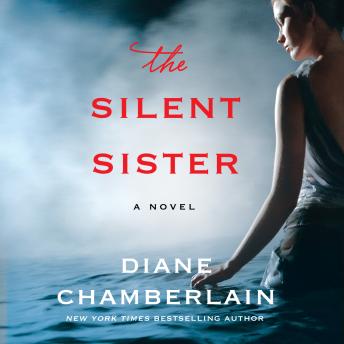 The Silent Sister: A Novel

In The Silent Sister, Riley MacPherson has spent her entire life believing that her older sister Lisa committed suicide as a teenager. Now, over twenty years later, her father has passed away and she's in New Bern, North Carolina cleaning out his house when she finds evidence to the contrary. Lisa is alive. Alive and living under a new identity. But why exactly was she on the run all those years ago, and what secrets are being kept now? As Riley works to uncover the truth, her discoveries will put into question everything she thought she knew about her family. Riley must decide what the past means for her present, and what she will do with her newfound reality, in this engrossing mystery from international bestselling author Diane Chamberlain.

Pretty good book, held our interest in spite of being a bit predictable. The reader was good, although she sounded like she had something in her mouth.

Great story! I had a hard time stopping listening!

I really enjoyed this book. It was a great listen and had me wanting more at the end. Loved the story!

This book kept me awake...I just had to know what's going to happen next!?! Thrilling book.... fantastic narrating. Wish I could do it again!

SUPER slow start--I feel like it took me half the book to truly get into it. I was not at all a fan of the narrator. She was a bit dramatic and hard to listen to at times. Pretty good, overall.

Great story with unexpected twists! You think yoy have it figured out and then.....no, you dont.

I really enjoyed The Silent Sister. The story line had some twists and turns that kept it interesting.

Great book from front to back. Great story although somewhat predictable

Awesome, I loved every minute of this book. I enjoyed going on the emotional roller coaster with Riley. Some parts I could predict but others caught me in total surprise.

Predictable, but entertaining. I enjoyed listening to it and would recommend.

Predictable...new the ending before I was a quarter through.

Quick moving plot with plenty of twists! I found myself looking forward to time alone to continue listening. Narrator could have had a little more pep.

Loved it. Great story and great performance. Glad I listened to it

I was hooked in the beginning then I thought it turned predictable and hokey.

Great story to the very end. Really kept you intrigued!!

Great book, a lot of family secrets being unraveled throughout the book making this one I couldn't stop listening to and found myself going out for a walk or run to get more time to listen to it.

This book had me at first, but after a while it just became predictable. The plot is quite obvious, although is really well written, I would say is enjoyable at most.

I really enjoyed this book - kept me interested from the first page and i found the narrator's voice soothing. some of the characters were a little off, but overall was a GREAT listen.

I really enjoyed this story and became very invested in the characters. It had me hooked from the first five minutes, and as a result when it was time to get out of my car for work, or when I got home, I had a hard time doing it. There were some loose ends for me at the end, but overall it was a great story that stayed with me after it was over.

Excellent book. It had the capacity to keep you interested from page one to the last page. Just when you thought you had it figured out, the twist would get you. I am interested to see if any of her other books are as good. I'd suggest it as a very good read. I've been reading since I was four yrs old so reading is not just a fun thing, I read daily. I have books on every device, on my floor by my chair and by my night stand. If I'm sitting down I'm reading something. Usually a mystery. Five stars

Weird how the book summary gives away the basic plot line. Not wise since the reader is not supposed to know the sister is alive until half way through the book. We are supposed to learn this along with Riley! Summary writers, you should be more careful! The book was enjoyable to listen to, but very predictable. I can't imagine a reader not guessing the true relationship right off the bat. To me, that is a major weakness in the book. Also the hatred of the brother toward the disappeared sister was not believable. He was too young when she disappeared to remember major difference in his parents. And since they still did their best for him, I just don't buy his extreme anger. Lots of weaknesses in the character development in this book; for that reason, I can't give it a very high rating. The narration, however, was very well done, as it is in most audio books.

A lot of drama, and some loose ends...There are a couple of twists which made it fun...

It was a good story but I did predict who was who very early on. I love audiobooks on a long drive.

Great narrator! Great book! Enjoyed it from page one!

It was so interesting . I would love to have discussion questions for my book club??

This was my first Audio book, so I wasn't sure what to expect. I really enjoyed this book. It had the right amount of conflict, struggle and suspense!

Great narrator. Book had me right from beginning.

Pretty good story but by 2 hours in I had already predicted exactly what would happen.