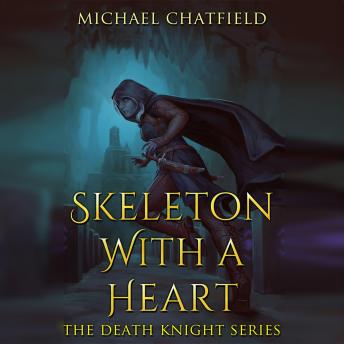 Skeleton with a Heart

He was a great warrior…


…who thought he was taking a nap.


He was mostly dead.


Anthony accidentally lived a heroic life. He was a kind, loyal, though somewhat quirky guy, who earned many of his nicknames through remarkable good luck in battle. He just wanted to know two things.


Who woke him up from a perfectly good slumber…


… and why can’t he remember anything?


As the daughter of the Dark Elf Queen, Aila had needed to prove herself at every step. Her latest mission was about more than recognition. A magical doorway has opened. It could mean only one thing. War is imminent. She must warn the High Elves.


It should have been simple.


When she woke up the Death Knight, he was a bit of a disappointment. His great skill as a warrior was complimented with a healthy dose of bumbling idiot.


Aila hoped bards would NOT sing of their adventures.


You’ll love this hilarious fantasy, because nobody does mayhem and mirth like Michael Chatfield.

This title is due for release on July 31, 2020
We'll send you an email as soon as it is available!