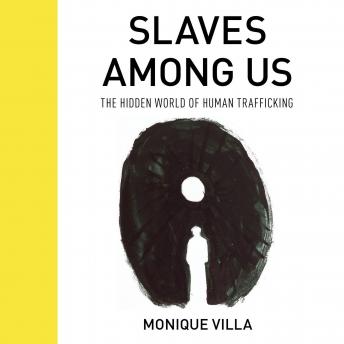 Slaves Among Us: The Hidden World of Human Trafficking

The horrific world of modern slavery is exposed in this audiobook based on the first-hand experiences of victims of human trafficking.

Through the stories of three remarkable individuals who share how they fell victim to traffickers and how their bodies and souls resisted an enterprise of total destruction, Monique Villa takes us around the world—from Ohio to Tokyo, London to India, Qatar to Colombia—to uncover a parallel world where men, women, and children are dehumanized and reduced to obedient machines. Written by a global leader in the fight against human trafficking, this powerful audiobook uncovers the hidden world of slaves—no longer physically in chains—who walk among us, trapped in a cycle of exploitation.

Despite significant progress in the fight for human rights, slavery continues to flourish. In fact, there are more slaves today, in countries rich and poor, than at any point in the past. By giving voice to survivors of this horrific trade, Villa vividly illustrates dire situations we can do something about. Her call to action outlines concrete steps to safeguard the vulnerable among us and to eliminate slavery in our time.

This title is due for release on October 4, 2019
We'll send you an email as soon as it is available!