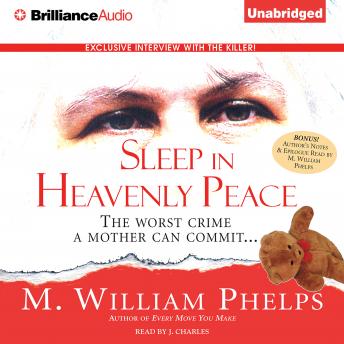 Cold Storage
In May 2003, an Arizona man who’d bought dozens of sealed boxes at an auction of unclaimed property made a horrifying discovery: the bodies of three plastic-wrapped infants, one of which had become mummified over the years. Police traced them to Dianne Odell, 50, a mother of eight children, who admitted the babies were hers but claimed that they’d died of natural causes.Justice Deferred
In 1989, police had found the remains of a long-dead infant in a suitcase in the trunk of a car Odell had abandoned. The statute of limitations on manslaughter had saved her then from prosecution. She maintained that the fetus was the product of a rape by her father, and stillborn.Baby-Killer’s Fate
Odell said her own domineering mother had forced her into teen prostitution and murdered what she viewed as “bastard children.” Both parents were dead and unable to contradict her. Would Odell’s stories sway the jury and buy her the mercy her babies were never granted? Or would she be forced to face the consequences of bringing innocent lives into the world – only to end them in cold blood....

This is a great, yet seriously disturbing story of a sickening woman. Yes there are many details and introductions to people involved but that is what you get in EVERY unabridged version, so if that bores you get the 3 hour “quicky”, The narrator wasn’t the very best but he wasn’t nails on chalkboard either. Very good book and good narration.

Tragic for the victims and families involved but as for the book: Boring. Drags on. The author focussed heavily on irrelevant details.

This title is due for release on November 29, 2008
We'll send you an email as soon as it is available!