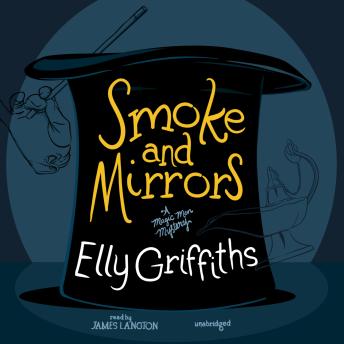 #2 of The Magic Men Mysteries

In the sequel to Zig Zag Girl, DI Edgar Stephens and the magician Max Mephisto hunt for a killer after two children are murdered in a tragic tableau of a very grim fairy tale.

It’s Christmastime in Brighton, and the city is abuzz about a local production of Aladdin, starring the marvelous Max Mephisto. But the holiday cheer is lost on DI Edgar Stephens. He’s investigating the murder of two children, Annie and Mark, who were strangled to death in the woods, abandoned alongside a trail of candy—a horrifying scene eerily reminiscent of Hansel and Gretel. Edgar has plenty of leads to investigate. Annie, a surprisingly dark child, used to write gruesome plays based on the Grimms’ fairy tales. Does the key to the case lie in her unfinished final script? Or does the macabre staging of Annie and Mark’s deaths point to the theater and the capricious cast of characters performing in Aladdin? Once again Edgar enlists Max’s help in penetrating the shadowy world of the theater. But is this all just classic misdirection?

Enjoyed this book greatly. Loved the narrator, love his voice.