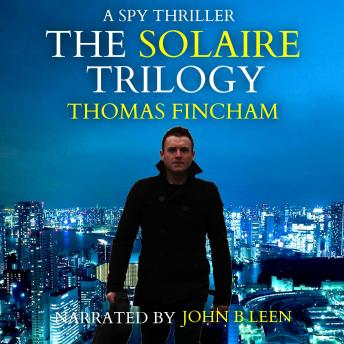 Roman Solaire is the common man's James Bond.A collection of three novellas in one book.

Roman Solaire travels to New York, where he navigates the dangers between an upscale real estate firm, the grand opening of their hot new property the Crystal Towers, and a beautiful young intern. Things turn deadly as Solaire closes in on a rich and powerful business magnate whose involvement in international terrorism marks this Solaire’s first assignment to date.

The Royal Bank of Lords

Roman Solaire travels to London, where he must find evidence against the board members of the Royal Bank of Lords, deal with a dangerous and deadly assassin who is out to kill him, and find out how a beautiful woman is involved in all of this. Solaire puts his life in danger as he gets closer to finding out the truth and solving his second assignment to date.

Roman Solaire travels to Montreal, where he must locate vital data held by a traitorous computer entrepreneur, find out the identity of a mysterious painter, and romance the beautiful owner of the Paradise Gallery. Solaire must risk everything to stop the data from reaching dangerous hands and complete his third assignment to date.

This title is due for release on October 29, 2021
We'll send you an email as soon as it is available!