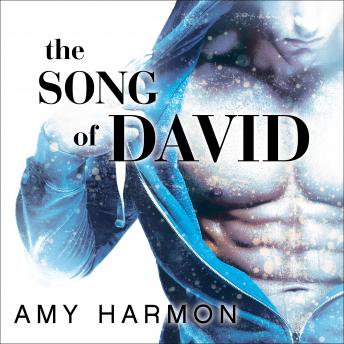 The Song of David

I won my first fight when I was eleven years old, and I've been throwing punches ever since. Fighting is the purest, truest, most elemental thing there is. Some people describe heaven as a sea of unending white, where choirs sing and loved ones await. But for me, heaven was something else. It sounded like the bell at the beginning of a round, and it tasted like adrenaline.

For me, heaven was the octagon. Until I met Millie, and heaven became something different. I became something different. I knew I loved her when I watched her stand perfectly still in the middle of a crowded room, people swarming, buzzing, slipping around her. No one seemed to see her at all, except for the few who squeezed past her, tossing exasperated looks at her unsmiling face. When they realized she wasn't normal, they hurried away. Why was it that no one saw her, yet she was the first thing I saw?

If heaven was the octagon, then she was my angel at the center of it all, the girl with the power to take me down and lift me up again. The girl I wanted to fight for, the girl I wanted to claim. The girl who taught me that sometimes the biggest heroes go unsung and the most important battles are the ones we don't think we can win.

An amazing story. Book 2 of The Law of Moses completes its story and I laughed and cried. As always Zachary Webber brings you into the story in a way that forces you to feel what he's telling you. I strongly recommend the series.

I read both Law of Moses, and then Song of David. First let me say I thought the Narration was A . No books have evoked such deep emotion. I am recommending both to my bookclub, which I also did with A Different Blue and others by Amy Harmon. She has become my favorite author. Her characters linger on in my thoughts, they become so real. Once again my tears flowed in both books. Song of David in particular was driven by the most beautiful love story. If I could give 6 stars I would. Diane

This title is due for release on September 16, 2015
We'll send you an email as soon as it is available!