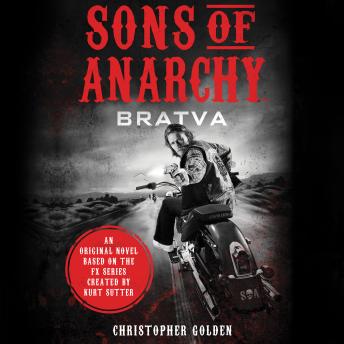 Set after the fourth season of the groundbreaking television drama Sons of Anarchy, from the mind of Executive Producer Kurt Sutter...

With half of the club recently released from Stockton State Penitentiary, and the Galindo drug cartel bringing down heat at every turn, the MC already has its hands full. Yet Jax Teller the V.P. of SAMCRO has another problem to deal with. He just learned that his Irish half-sister Trinity has been in the U.S. for months entangled with Russian BRATVA gangsters. Now that she's abruptly gone missing, he's sure the brewing mafia war is connected to her disappearance. Jax heads to Nevada with Chibs and Opie to search for her and seek revenge. Trinity may be half-Irish, but she's also half-Teller and where Teller's go, trouble follows.