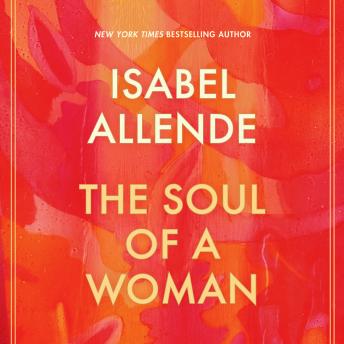 The Soul of a Woman

From the New York Times bestselling author of A Long Petal of the Sea comes “a bold exploration of womanhood, feminism, parenting, aging, love and more” (Associated Press).

“The Soul of a Woman is Isabel Allende’s most liberating book yet.”—Elle

“When I say that I was a feminist in kindergarten, I am not exaggerating,” begins Isabel Allende. As a child, she watched her mother, abandoned by her husband, provide for her three small children without “resources or voice.” Isabel became a fierce and defiant little girl, determined to fight for the life her mother couldn’t have.

As a young woman coming of age in the late 1960s, she rode the second wave of feminism. Among a tribe of like-minded female journalists, Allende for the first time felt comfortable in her own skin, as they wrote “with a knife between our teeth” about women’s issues. She has seen what the movement has accomplished in the course of her lifetime. And over the course of three passionate marriages, she has learned how to grow as a woman while having a partner, when to step away, and the rewards of embracing one’s sexuality.

So what feeds the soul of feminists—and all women—today? To be safe, to be valued, to live in peace, to have their own resources, to be connected, to have control over our bodies and lives, and above all, to be loved. On all these fronts, there is much work yet to be done, and this book, Allende hopes, will “light the torches of our daughters and granddaughters with mine. They will have to live for us, as we lived for our mothers, and carry on with the work still left to be finished.”

Soul of a Woman