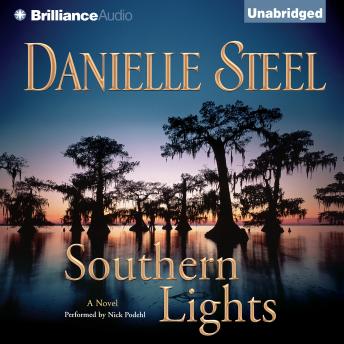 Eleven years have passed since Alexa Hamilton left the South behind, fleeing the pain of her ex-husband’s betrayal and the cruelty of his prominent Charleston family. Now an assistant D.A. in Manhattan, Alexa has made a name for herself as a top prosecutor while juggling her role as devoted single mom to a teenage daughter.

But everything changes when Alexa is handed her latest case: the trial of accused serial killer Luke Quentin. Alexa prepares for a high-stakes trial . . . until threatening letters are addressed to her beautiful seventeen-year-old daughter, Savannah. Alexa is certain that Quentin is behind the letters — and that they are too dangerous to ignore. Suddenly she must make the toughest choice of all — and send her daughter back to the very place she swore she would never return to: the place where her marriage ended in heartbreak . . . her ex-husband’s world of southern tradition, memories of betrayal, and the antebellum charm of Charleston.

Now, while Alexa’s trial builds to a climax in New York, her daughter is settling into southern life, discovering a part of her family history and a father she barely knows. As secrets are exposed and old wounds are healed, Alexa and Savannah, after a season in different worlds, will come together again — strengthened by the challenges they have faced, and with Savannah now at home in the southern world her mother fled.

A novel that will catch you off guard at every turn, Southern Lights is Danielle Steel at her electrifying best.

Always love to read her books.

This title is due for release on October 20, 2009
We'll send you an email as soon as it is available!