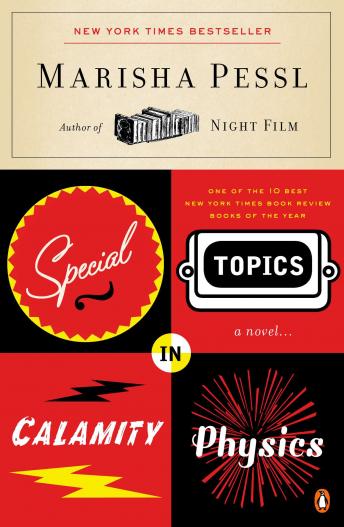 Marisha Pessl’s dazzling debut sparked raves from critics and heralded the arrival of a vibrant new voice in American fiction. At the center of Special Topics in Calamity Physics is clever, deadpan Blue van Meer, who has a head full of literary, philosophical, scientific, and cinematic knowledge. But she could use some friends. Upon entering the elite St. Gallway School, she finds some—a clique of eccentrics known as the Bluebloods. One drowning and one hanging later, Blue finds herself puzzling out a byzantine murder mystery. Nabokov meets Donna Tartt (then invites the rest of the Western Canon to the party) in this novel—with visual aids drawn by the author—that has won over readers of all ages.

This title is due for release on May 10, 2007
We'll send you an email as soon as it is available!