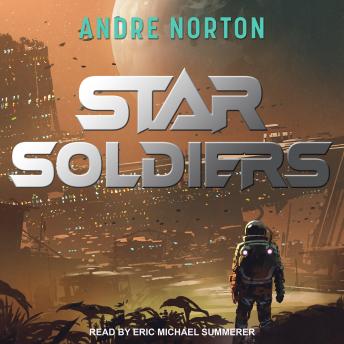 Only as interstellar mercenaries can humans go to the stars; the aliens who already dominate the galaxy allow no other recourse. But when Swordsman Third Class Kana Karr and his comrades-in-arms are betrayed and abandoned on a hostile world by their alien masters, the warriors from Earth begin a desperate but glorious march across a planet whose every sword is against them. Their actions may doom humanity's future . . . or lead the way to an empire of their own!

Four thousand years later, galactic civilization is collapsing, and the underfunded crew of an exploration starship is forced to set down on an uncharted planet: a mysterious, abandoned world that is achingly beautiful-and hauntingly familiar. Ranger Sergeant Kartr, telepath and stellar Patrolman, searches with his crewmates for the source of a beacon which may mean escape for them all. What he finds is far stranger: the first clue to what may become the greatest revelation in galactic history!

The defining events of future historyas only Andre Norton could tell them!