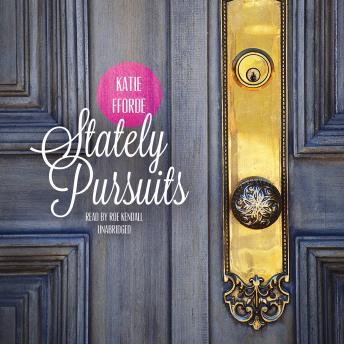 'You're not doing very much at the moment, darling. I don't suppose you'd care to house-sit for a while?'

Thus begins the irresistible story of two fixer-uppers'an old house and a young woman'and their efforts to recapture their true luster.

When Hetty Longden, freshly dumped and brokenhearted, agrees to look after her great-uncle's dilapidated mansion in the English countryside, she's at something of a lifetime low. With no job, no lover, no prospects, and no particular talent for resuscitating crumbling estates, she hopes for nothing more than some good old-fashioned escape. What she finds includes a cast of quirky and ever-present neighbors, a couple of SNAGs (Sensitive New Age Guys); some very humorless bank officials; a cat and two disarming little canines; one gracious, dilapidated, romantic old house; and, just maybe, enough elbow grease to polish everything up again.

A Sunday Times (London) bestseller that's as inviting as an elegant old house full of unexplored rooms, after a good scrubbing-down, of course, Stately Pursuits is the funniest, smartest, and warmest read of the season.