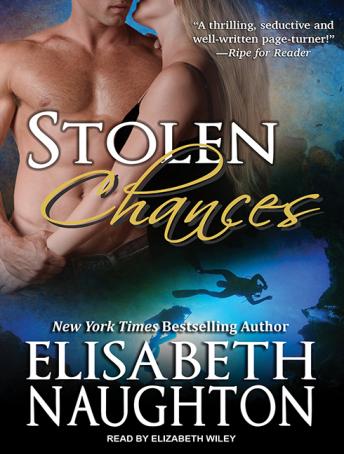 Nine years ago, archaeologist Maren Hudson lost everything when a member of her team was killed during a routine dive. Now she's been drawn back to Mexico and the career she walked away from in order to protect the most precious thing in the world: her daughter.

One desperate phone call brings salvage expert Thad Leighton back to Mexico. For his murdered brother, he's ready to settle the score, but one look at Maren and everything changes. Years may have passed, but she's still as mesmerizing as she once was, and a few days on site together have him questioning his priorities and why the hell he walked away from her so long ago.

Sparks between them reignite, but Thad knows Maren is holding something back. Thrust together in the middle of the sweltering Yucatan, Thad is more than willing to strip away her layers. But while the truth might offer the second chance he's been searching for, forgiveness may be as elusive as the relic they're both hunting. Because when Thad unearths Maren's biggest secret and discovers who she's really working for, suddenly it's not just about a life that was stolen from both of them; it's about staying alive and outwitting a madman who will stop at nothing to get what he wants.