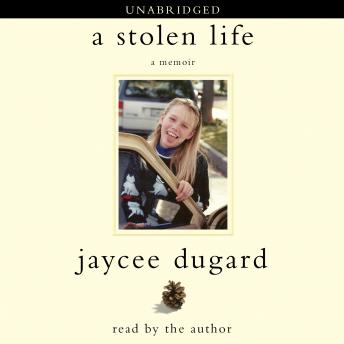 A Stolen Life: A Memoir

An instant #1 New York Times bestseller—Jaycee Dugard’s raw and powerful memoir, her own story of being kidnapped in 1991 and held captive for more than eighteen years.

In the summer of June of 1991, I was a normal kid. I did normal things. I had friends and a mother that loved me. I was just like you. Until the day my life was stolen.

On August 26, 2009, I took my name back. My name is Jaycee Lee Dugard. I don’t think of myself as a victim, I simply survived an intolerable situation. A Stolen Life is my story—in my own words, in my own way, exactly as I remember it.

This was a heartbreaking read. Jaycee did a wonderful job narrating her story.

Her sweetness and self insight is amazing! After listening to her story, in her own words, I feel like I know her. A remarkable person!

Not like any autobiography you've ever read. Your gut reaction may be to victim blame, but I implore you to try and rise above to see life through the author's eyes. Incredibly touching, extremely personal, and wonderfully written.

Well done Jaycee on a wonderful book - I take my hat off to you for reliving your horrendous ordeal and still remain so positive.

unique way of writing! love the Jaycee is also that narrator. Happy her story had a happy-ish ending.

Jaycee is an incredibly strong and inspiring person. This is a powerful, raw and authentic read. It felt so personable listening to Jaycee narrate this. At the same time, I cannot imagine how hard that must have been and she does a wonderful job.

Im not sure how to review a book that is clearly a personal replay of a tramatic incident that lasted 19yrs. Interesting insight to what a person held captive might go through. Im glad some of her healing process was included. I can imagine her turmoil with the press and what meanies they could turn into. I enjoy books read by their aithor, there's something more real about them. Interedtingly, i kept thinking, "wow, she's 30 and still had the little voice of an 11 yr old." A reminder of how much growing up was stolen from her. I hope she finds her way in the world, and that people find it possible to not intrude while her kids grow up.

Such an experience! Ms. Dugard read with such poise and clarity, it is hard to imagine that she was only in 5th grade when her education was cut short. It is my sincere hope that she will continue to rise above this experience and will continue advocating for those recovered from similar fates. I highly recommend this read!

I would not have been able to read this book because of the tears that clouded my vision. Jaycee - my wish for you is so many things, but above all, the ability to enjoy your freedom every minute of every day. Thank you for taking me on the incredible journey with you, of course I was on the outside looking in, but it felt as if I was right there. Please give you girls a big hug from me. I am a stranger to them, but you and your daughters are not strangers to me. You did an excellent job narrating your story. Well done, Warrior Woman.

Love love love! So curious about this entire case and loved the details and honesty she portrayed!

This book was slightly hard to listen to because of the abuse that Jaycee suffered, but it's great that she has had her story heard and that she was able to tell it. She is quite the inspiration to have survived what she has. I have pulled some lessons from the book.

What an amazing memoir. Hard to hear some of the events that took place. What a remarkable girl she is. I hope she is able to share the love that she once always dreamed of.

I honor her courage to read her own memoir of such horror and pain. Good on her for the bravery and courage it took. My worst fear is my son being taken. I cannot imagine the pain felt by all involved. Thank you Ms. Dugard for sharing your story. I pray it is empowering and therapeutic for you.

Great book, hard to listen to some of the details. I think hearing her tell her own story made it even more touching. It really opened my eyes to the horror that happens to children or even adults when they are taken, stolen in her case. It may be hard for a young mother to listen too, but if all parents heard what this child went through they might think twice before allowing their child to go off on their own at any time. Each child is a GIFT from God, and should be watched over with care. I know her routine was a normal routine for her and her family, but you just can never be too careful.

I'm so proud of Jaycee for writing this book and sharing the experience she had during that horrible nightmare. This book is hard to get through because of the violence and abuse she suffered, but hearing her speak it in her own words was really touching. I would definitely recommend - it will make you appreciate all of the blessings in your own life!

This title is due for release on July 12, 2011
We'll send you an email as soon as it is available!