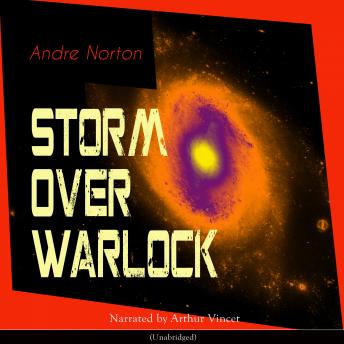 'Storm Over Warlock' combines science fiction with fantasy, technology with witchcraft. Shann Lantee is lucky to be alive. He had snuck out of the small Terran base on the planet Warlock in the Circe system to find two artificially evolved wolverines, Taggi and his mate Togi, and bring them back to the base before anyone notices that they are missing. While he is gone a force of Throgs, implacably hostile insectoid aliens, attacks the base and kills all of its occupants. Shann moves across country with the wolverines and sees a downed scoutship explode and destroy a Throg flying disc. A wounded Throg confronts Shann, but a well-aimed rock kills it. Shann's rescuer is Ragnar Thorvald, who survived the crash of the scoutship and turned it into a booby trap. The two men leave the scene and begin living off the land in a way that implies a native people, not Terrans...

This title is due for release on August 7, 2017
We'll send you an email as soon as it is available!