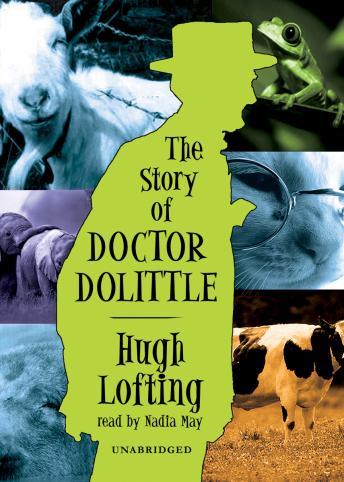 The Story of Doctor Dolittle

Narrated By: Nadia May

Doctor Dolittle, a little, lovable old doctor, had so many animal pets spread throughout his house and garden that patients would not come to him anymore. As a result, he became poorer and poorer. But he occupied nearly all of his time tending to his pets, and his fame as an animal doctor spread all over the world. When the monkeys in Africa were stricken with an epidemic, they gave the good doctor a call. He set sail at once.
The adventures during his magnificent journey across the ocean, through the high kingdom of the Jolliginki and back again by way of the Canaries, combine to form a story filled with delight. An enduring classic, it will dazzle and delight readers young and old.