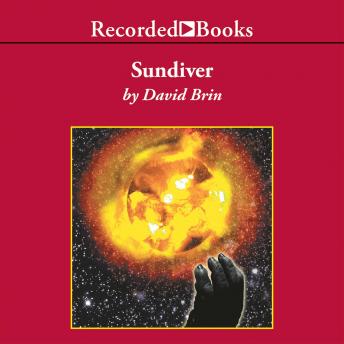 David Brin's Uplift novels are among the most thrilling, highly regarded works of contemporary science fiction. Beginning with Sundiver, Brin provides an intriguing exploration of humanity's future in the universe. For nearly a billion years, every known sentient species in the universe has been the result of genetic and cultural guidance--or 'uplifting'--by a previously uplifted patron race. Then humans are discovered. Having already uplifted chimps and dolphins, humanity clearly qualifies as an intelligent species, but did they actually evolve their own intelligence, or did some mysterious patron race begin the process, then suddenly abandon Earth? The answer to this mystery might be as close as our own sun, but it will take a daring dive into its fiery interior to know for sure. Sundiver begins David Brin's thoughtful, exhilarating exploration of a future filled with an imaginative array of strange alien races, dazzling scientific achievements, and age-old enigmas. Narrator George Wilson gives a strong, enthusiastic voice to Brin's search for humanity's destiny in the cosmic order of life.

Sundiver is worth reading but may put off younger readers. Baby Boomers will be more able to accept the social comments of 1980. The story is engrossing and alien characters are excellent. I wonder how it has influenced recent books and movies; I'm thinking of Guardian's of the Galaxy. Looking forward to reading more of the Uplift books. This is Brin's first novel and it was a nominee for the 1981 Locus Award in the First Novel category.