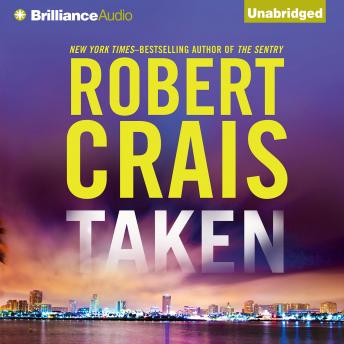 The search for a missing girl leads private investigators Elvis Cole and Joe Pike into the nightmarish world of human trafficking in this #1 New York Times bestseller from Robert Crais.
When Nita Morales hires Elvis Cole to find her missing daughter, she's sure it's a ruse orchestrated by the girl and her boyfriend. She's wrong. They've been taken by bajadores—border bandits who prey on the innocent by buying, selling, and disposing of victims like commodities.
Cole and Joe Pike start an undercover investigation to find the couple, but their plan derails when Cole disappears, leaving Pike to burn through the murderous world of human traffickers to find his friend as well as the missing young people. But he may already be too late...
“Luke Daniels doesn't just narrate Robert Crais's latest novel featuring Elvis Cole and Joe Pike—he transports us to the terrifying world of human trafficking, which Cole must infiltrate in order to find a client's missing daughter.” —Winner of AudioFile Earphones Award © AudioFile 2012, Portland, Maine

This title is due for release on January 24, 2012
We'll send you an email as soon as it is available!