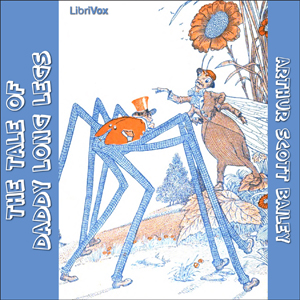 The Tale of Daddy Long Legs

Arthur Scott Bailey (1877 – 1949) was author of more than forty children's books. He was born on November 15, 1877, in St. Albans, Vermont, United States, the second child of Winfield Scott Bailey and Harriet Sarah Goodhue. THERE was great excitement in the neighborhood of Farmer Green's house. Rusty Wren had found some strange tracks. And nobody knew whose they were. Now, when they were puzzled like that the field- and forest-folk usually went straight to Mr. Crow for advice. But this time it happened that the old gentleman had gone on an excursion to the further side of Blue Mountain, where Brownie Beaver lived. And there seemed to be no one else at hand who was likely to be able to explain the mystery.