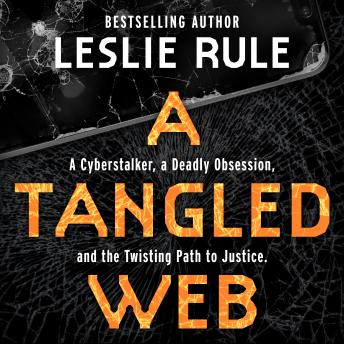 A Tangled Web: A Cyberstalker, a Deadly Obsession, and the Twisting Path to Justice

It was a bleak November in 2012 when Cari Lea Farver vanished from Omaha, Nebraska. Cari, thirty-seven, was a devoted mother, reliable employee, and loyal friend-not the type to shirk responsibilities, abandon her son, and run off on an adventure while her dying father took his last breaths. Yet, the many texts from her phone indicated she had done just that.

While Cari's boyfriend, Dave Kroupa, and her supervisor were bewildered by her abrupt disappearance, they accepted the texts at face value. Her mother, Nancy Raney, however, was alarmed and reported Cari missing. Police were skeptical of her claims that a cyber impostor had commandeered her daughter's phone and online identity.

While Nancy was afraid for Cari, Dave Kroupa was growing afraid of her, for he believed Cari was stalking him. Never seen or heard, the stalker was aware of his every move and seemed obsessed by his casual girlfriend, Shanna 'Liz' Golyar, often calling her 'a fat whore' in the twelve thousand emails and texts he received in a disturbing three-year deluge.

There was some truth in the messages, but all of them contained one big lie. The culprit was not Cari-but had killed and planned to kill again.

such a drawn out, strange way to tell a pretty compelling story. I couldnt even finish it.

Found it gave to many details surprised she fooled so many

I couldn't get past the enormous intro about the entire life history of Ann Rule (which seemed completely unnecessary) because of the rapid-fire delivery of the narrator. Too bad. Seemed like once she got around to it the story would have been interesting.

This title is due for release on May 1, 2020
We'll send you an email as soon as it is available!