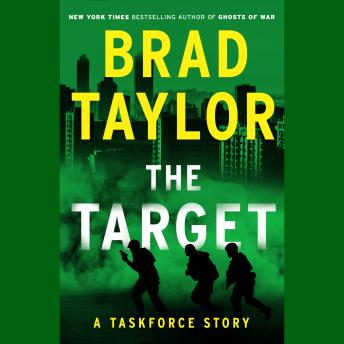 The Target: A Taskforce Story, Featuring an Excerpt from Ring of Fire

Retired Delta Force officer Brad Taylor’s thrilling new short story takes us back to before the Taskforce was created, revealing the origins of Israeli agents Aaron and Shoshana as they are tasked with eliminating a former Nazi officer hiding in plain sight.

1998. A year after a disastrous mission in Amman, Jordan, Israeli operative Aaron Bergman and his Samson team feel more like outcasts than ever. Fearful that his team is about to be disbanded, Aaron is thrown another curve: a cast-off operative named Shoshana, who nobody in the Mossad trusts, and who all feel is a traitor. When the new commander of the Mossad summons them immediately after being sworn in, Aaron’s fears are confirmed. The team is cut free from the Mossad but not from serving their new leader.

Unsanctioned by the Israeli government, their mission is to assassinate a Nazi murderer from Auschwitz: a man who stood guard on the wall of death and has since escaped to Argentina, and who is running a lucrative business with his sons. When Aaron and Shoshana accept the mission, it sets them on a collision course with an active operation involving a reborn Nazi web intertwined with Iran, forcing the pair to trust each other as the evil they were tasked with destroying sets its sights on one last strike against Israel no one sees coming.

Target: A Taskforce Story, Featuring an Excerpt from Ring of Fire