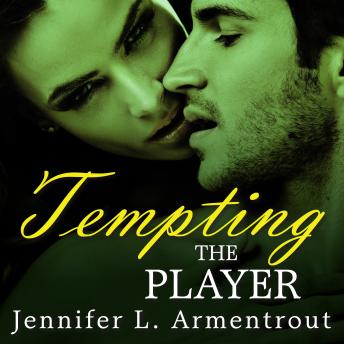 Chad Gamble, all-star pitcher for the Nationals, is one of the best players on-and off-the field. And right now, the notorious bad boy wants Bridget Rodgers. But with her lush curves and snappy comebacks, the feisty redhead is the kind of woman a man wants to settle down with . . . and that's the last thing Chad needs.

When the paparazzi catch them in a compromising position, Chad's manager issues an ultimatum: clean up his act or kiss his multimillion-dollar contract goodbye. To save his career, his meddling publicist says he'll have to convince everyone Bridget isn't just his flavor of the week, but his girlfriend.

Being blackmailed into a fake relationship with Chad Gamble isn't easy, especially when the sizzling physical attraction between them is undeniable. With a month to go on their arranged pretense, it's going to take every ounce of willpower they have not to fall into bed together . . . or in love.

This title is due for release on June 24, 2013
We'll send you an email as soon as it is available!