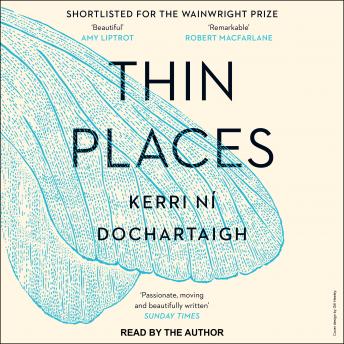 Thin Places: A Natural History of Healing and Home

Kerri ni Dochartaigh was born in Derry, on the border of the North and South of Ireland, at the very height of the Troubles. She was brought up on a council estate on the wrong side of town-although for her family, and many others, there was no right side. One parent was Catholic, the other was Protestant. In the space of one year, they were forced out of two homes. When she was eleven, a homemade bomb was thrown through her bedroom window. Terror was in the very fabric of the city, and for families like ni Dochartaigh's, the ones who fell between the cracks of identity, it seemed there was no escape.

In Thin Places, a luminous blend of memoir, history, and nature writing, ni Dochartaigh explores how nature kept her sane and helped her heal, how violence and poverty are never more than a stone's throw from beauty and hope, and how we are, once again, allowing our borders to become hard and terror to creep back in. Ni Dochartaigh asks us to reclaim our landscape through language and study, and remember that the land we fight over is much more than lines on a map. It will always be ours, but-at the same time-it never really was.

This title is due for release on July 26, 2022
We'll send you an email as soon as it is available!