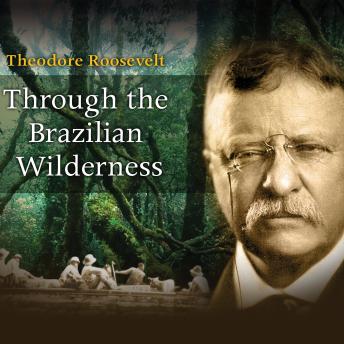 Through The Brazilian Wilderness

Theodore Roosevelt was a naturalist, exploer, authoir, hunter, governor, soldier and 26th President of the United States. In 1913 he joined with Brazilian explorer Candido Rondon to explore portions of Brazil and to bring back animal specimens for the American Museum of Natural History. The final portion of the adventure was the examination of The River of Doubt, a river never before charted and whose exploration nearly resulted in the death of the President. Travel with President Roosevelt and hear, in his own words, this incredible adventure.The Listen2Read American Adventure Library is a series of historic first person accounts of extraordinary adventures by Americans or by visitors to America. The entire series can be previewed at Listen2Read.com

This title is due for release on August 15, 2011
We'll send you an email as soon as it is available!