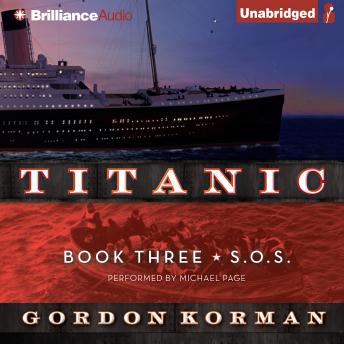 From bestselling author Gordon Korman, the thrilling conclusion to the adventure aboard the unluckiest ship of all. The Titanic was supposed to be unsinkable - the largest passenger steamship in the world, one of the biggest and most luxurious ships ever to operate. For Paddy, Sophie, Juliana, and Alfie, the Titanic is full of mysteries - whether they''re to be found in the opulent first-class cabins and promenade decks or the shadows in the underbelly of the ship. Secrets and plans are about to be revealed - only now disaster looms, and time is running out. The four of them need to find the truth, unmask the killer...and try not to go down with the ship.