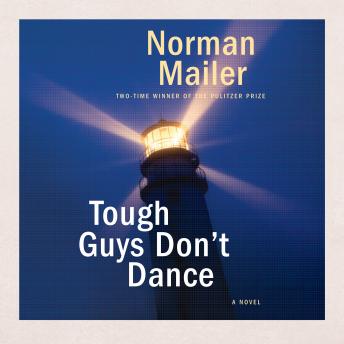 Norman Mailer peers into the recesses and buried virtues of the mod¬ern American male in a brilliant crime novel that transcends genre. When Tim Madden, an unsuccessful writer living on Cape Cod, awakes with a gruesome hangover, a painful tattoo on his upper arm, and a severed female head in his marijuana stash, he has almost no memory of the night before. As he recon-structs the missing hours, Madden runs afoul of retired prizefighters, sex addicts, mediums, former cons, a world-weary ex-girlfriend, and his own father, old now but still a Herculean figure. Stunningly conceived and vividly composed, Tough Guys Don't Dance represents Mailer at the peak of his powers.

"As brash, brooding and ultimately mesmerizing as the author himself...[Mailer strikes a] dazzling balance between humor and horror." -New York Daily News

"A first-rate page-turner of a murder mystery...full of great characters, littered with dead bodies, and replete with plausible suspects." -Chicago Tribune

This title is due for release on December 20, 2016
We'll send you an email as soon as it is available!