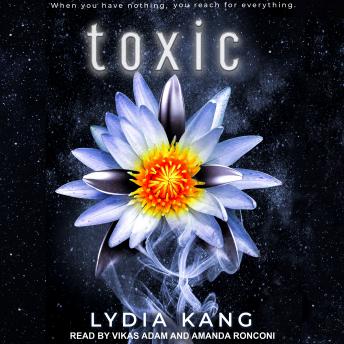 Hana isn't supposed to exist. She's grown up hidden by her mother in a secret room of the bioship Cyclo until the day her mother is simply gone-along with the entire crew. Cyclo tells her she was abandoned, but she's certain her mother wouldn't leave her there to die. And Hana isn't ready to die yet. She's never really had a chance to live.

Fenn is supposed to die. He and a crew of hired mercenaries are there to monitor Cyclo as she expires, and the payment for the suicide mission will mean Fenn's sister is able to live. But when he meets Hana, he's not sure how to save them both.

As Cyclo grows sicker by the day, they unearth more secrets about the ship and the crew. But the more time they spend together, the more Hana and Fenn realize that falling for each other is what could ultimately kill them both.