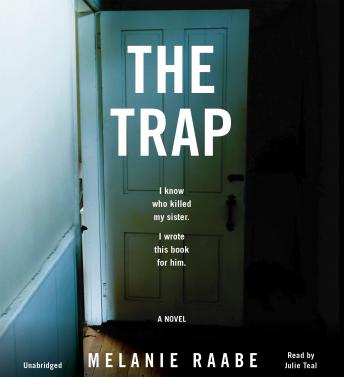 Now in paperback, the twisted debut thriller about a reclusive author who sets the perfect trap for her sister's murderer--but is he really the killer?

The renowned author Linda Conrads is famous for more than just her bestselling novels. For over eleven years, she has mystified fans by never setting foot outside her home. Far-fetched, sometimes sinister rumors surround the shut-in writer, but they pale in comparison to the chilling truth: Linda is haunted by the unsolved murder of her younger sister, whom she discovered in a pool of blood twelve years ago, and by the face of the man she saw fleeing the scene.

Now plagued by panic attacks, Linda copes with debilitating anxiety by secluding herself in her house, her last safe haven. But the sanctity of this refuge is shattered when her sister's murderer appears again--this time on her television screen. Empowered with sudden knowledge but hobbled by years of isolation, Linda resolves to use her only means of communication with the outside world--the plot of her next novel--to lay an irresistible trap for the man.

But as the plan is set in motion and the past comes rushing back, Linda's memories of that traumatic night--and her very sanity--are called into question. Is this man really a heartless killer or merely a helpless victim?