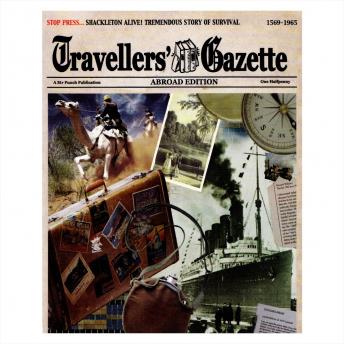 The Travellers' Gazette Abroad follows in the footsteps of the intrepid British traveller as he explores the far flung shores of the world. Compiled from the writings of some of the finest Chroniclers, Diarists and Litter-writers, we join Charles Darwin, Kenneth Williams, Freya Stark, Sir Ernest Shackleton, Mungo Park, Wilfred Thesiger and many others as they witness the murder of Captain Cook in the Pacific Islands, travel the first commercial flight from Paris to London, join a Maharajah's birthday party and are shipwrecked in North America in this fascinating collection of traveller's tales, as part of the Gazette's vivid portrait of British life through the centuries.