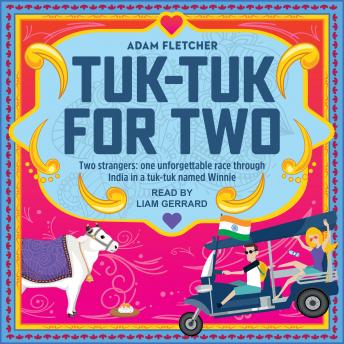 Tuk-Tuk for Two: Two strangers, one unforgettable race through India in a tuk-tuk named Winnie

About racing a tuk-tuk one thousand kilometres through India with a woman I'd just met?

No, I wasn't serious.

It was not a reasonable offer. But then she wasn't a reasonable woman. She was certainly unreasonably attractive. I tried not to let that sway me, which was like a hammock deciding a tornado wouldn't sway it.

And driving terrified me; I hadn't done it in a decade. But if I could drive in India, I could drive anywhere. If I drive a tuk-tuk, I could drive anything. And if I said yes, I'd get to spend ten days with her. Would that be enough time to find out who she was, what she wanted, and then convince her to abandon that and want me instead?

This title is due for release on February 23, 2021
We'll send you an email as soon as it is available!