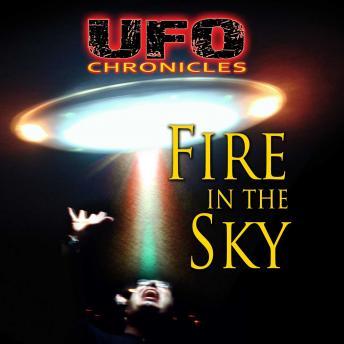 UFO Chronicles - Fire in the Sky

This account of one of the most, well-documented cases of alien abduction will curl your toes and straighten your hair. A half-dozen workmen witness a UFO actually taking one of their crew up to its spaceship with its beam of light. Missing for five days, the subject of a massive police man-hunt, the abductee suddenly reappears, calling for help from a nearby phone-booth. He tells a tale typical of other abductees: being examined by short, large-eyed "greys," extraterrestrials in orange jumpsuits, with no hair on their bodies, then released, with five days left unaccounted for. Attempts to describe the incident as a hoax of some sort have failed miserably. This is one case, like the Roswell case, that can't be explained away.

UFO Chronicles - Fire in the Sky