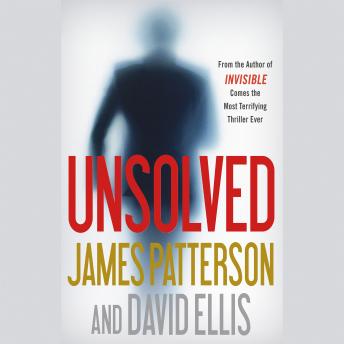 In this follow-up to the #1 bestselling thriller Invisible, every perfect murder looks like an accident, but as bodies start to pile up across the country, two FBI agents realize that something horrible is happening.

FBI agent Emmy Dockery is absolutely relentless. She's young and driven, and her unique skill at seeing connections others miss has brought her an impressive string of arrests.

But a shocking new case -- unfolding across the country -- has left her utterly baffled.

The victims all appear to have died by accident, and have seemingly nothing in common. But this many deaths can't be coincidence. And the killer is somehow one step ahead of every move Dockery makes. How?

To FBI special agent Harrison "Books" Bookman, everyone in the FBI is a suspect -- particularly Emmy Dockery (the fact that she's his ex-fiancee doesn't make it easier).

But someone else is watching Dockery. Studying, learning, waiting. Until it's the perfect time to strike.

Keep your interest - yet the twists at the end were from out of left field. Would still recommend as the concept of the tracking of the case was very interesting.

This kept me waiting till I could get back to the book and that is a sign of a great read or listen!

The first book in this series is “Invisible”. This second book “Unsolved” are quite honestly a fantastic series and I can’t wait for a third book to be written and released. James Patterson has such a unique way of telling a story that keeps you riveted to the book right to the last word and then wishing for more. Keep bringing out the books JP...I will read them for sure.

This title is due for release on June 3, 2019
We'll send you an email as soon as it is available!