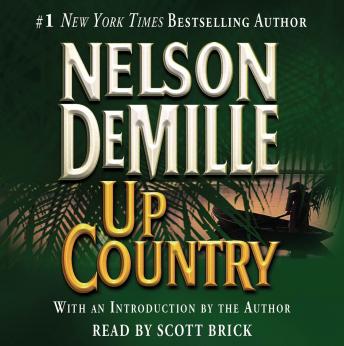 'Much more than a blood-and-guts thriller...An insightful, moving, and sensitive look at what the war did to a country, its people, and its enemies.' - Orlando Sentinel

Former army homicide investigator Paul Brenner has just gotten used to the early retirement forced on him after the disastrous end of his last case when his old commanding officer asks him to return for one final mission: investigate a murder that took place in wartime Vietnam thirty years before. Brenner reluctantly accepts out of curiosity and loyalty...and maybe a touch of boredom. He won't be bored for long.

Back in Vietnam, Brenner meets expatriate Susan Weber, a woman as exotic, sensual, and dangerous as the nation of her voluntary exile. Brenner is plunged into a world of corruption, lethal double cross, and haunted memories-as he's suddenly thrust back into a war that neither he nor his country ever really stopped fighting.

I loved the book and all the details that are included. I especially loved the narrator. He is wonderful at bringing attitude and nuance to life. Lesley T.

Excellent novel, I served in the U.S. army in the helicopter division. My tour in Vietnam started January 1, 1968 and ended January 1969. I was one of the lucky soldiers who came home in one piece. We flew in and out of some of the places mentioned in this novel. It brought back a lot of forgotten memories, some good and some not so good. Thank you

Nelson is a true literary treasure. I have read most of his books and this one does not disappoint. Also, Scott Brick is one of the best narrator's out there. Highly recommend.

I have loved Demille's other books, but this one was TOO LONG, TOO INVOLVED, and ultimately, too boring. It seemed never ending. Also, the female protagonist was extremely unlikeable.

This title is due for release on November 1, 2005
We'll send you an email as soon as it is available!